How is Calgary Craft Beer Made? 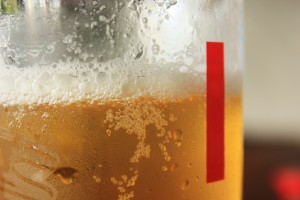 When people hear the term “craft beer” being used, chances are that they see it as a fancier term for “beer”.

Well they couldn’t be farther from the truth.

So what exactly is craft beer then?

As we have said in the past, craft beer is beer that is made with “quality and traditional or innovative ingredients”.

Craft beer can be described as “boutique” beer. It is beer that focuses on quality rather than quantity. If you’ve ever had the chance to try one, you know what we mean.

But here’s the real question — how is Calgary craft beer made?

How about you find out for yourself?

If you didn’t know, plenty of breweries (and micro-breweries) offer brewery tours. The Minhas Micro Brewery is one of them. If you are interested to learn how craft beer is made and to see the behind-the-scenes of a micro-brewery where quality craft beer is produced, then we invite you on one of our brewery tours. The latter only costs $10 per entry and gives you the opportunity to learn all those things while sampling some of our award-winning brews!

Sounds fun? Well it’s because it is! If you ever find yourself in the Calgary area, we’ll be waiting for you. For more information, we encourage you to visit our website.

Until then, happy drinking!:-)

Calgary Brewery Tour — What to Expect from the Minhas Micro Brewery

The Differences Between a Brewery and a Micro-Brewery